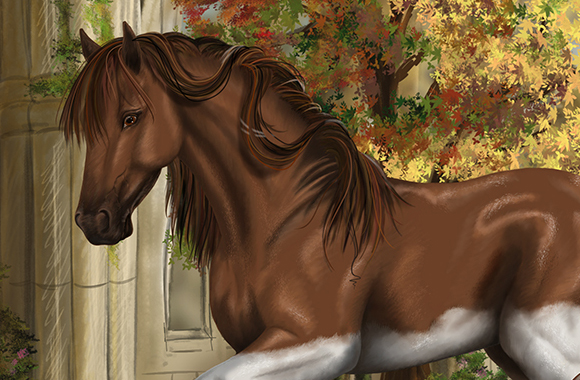 Cyclone is not technically owned by a single person, but like Dio he is a perfect option for lazy hacks and quiet rides for nervous or older riders.  He’d be called a schoolmaster if it wasn’t for the fact that if a rider tries to take him into the school he just stops.   In fact usually, once he stops there is no choice other than to untack him and leave him to his own devices.

He will hold his own however if there is a spontaneous race on the beach or a few jumps out in the open fields that need “testing”. His name is really not indicative of his character, he is strong, but will take care of anybody who gets on his back.  Also. Rug killer. Do not give him, place on him or near him any rug that you would like to remain intact – not even on another horse.