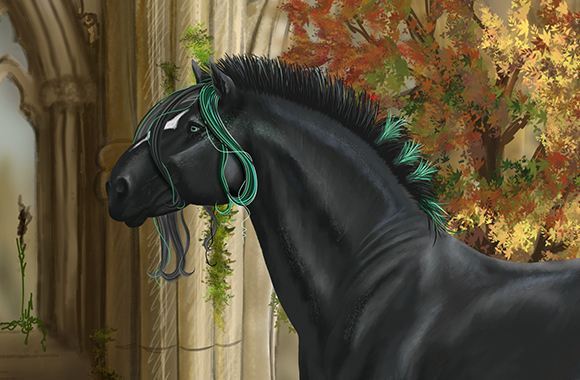 Eta Carinae was originally bought by the Black Water Stables at a young age, especially prized due to her dominant peafowl gene. Although she was bought at a young age, she was not socialized well before she was bought, causing her to become shy around other horses. She was sold on in the hopes that a more relaxed atmosphere away from some of the more competitive aspects would do her some good and bring out a little more confidence in her. Her new owner and handler Alex brought her with him when he moved back to Tincture Abbey Stables, and she has excelled in carriage driving with the younger Aeltair as a matched pair.

Cari is definitely more on the quiet side. She often tends to be shy around others, tending to avoid confrontation.