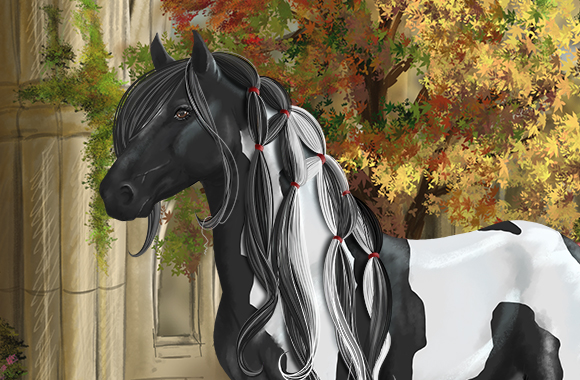 Hollie goes nowhere without Animax, and her dedication to him is as sure as he is to her.  When Alex and Kate find them at a slaughter auction there was no question that they had to rescue them both, because clearly they had no hope of only saving one.  Their previous caretaker had died in mysterious circumstances and the son wanted nothing to do with the horses transferred in the probate Thus they had been sent to the worst and saddest place in the world through no fault of their own.

When they are brought back to the Abbey they are turned out with the other wild horses since it is presumed that they are unbroken and unhandled, only to find them both standing at the feed room door the following morning expecting breakfast, rugs and treats.

Hollie is kindness personified, but her traumatic experiences in the slaughter auction have made her more fearful of humans than she used to be, though it doesn’t take long for her to start feeling safe at the abbey.