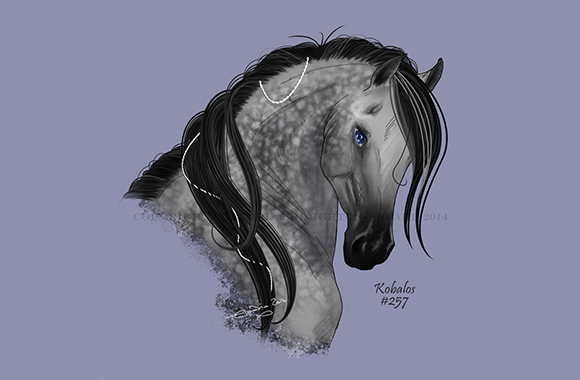 Kobalos, affectionately known as Bally is a jewellery thief.  He doesn’t do it on purpose, he just loves anything made from white gold or silver. He enjoys finding metal deposits in the ancient valleys and streams surrounding Ticture Vale and crafting them into tiny trinkets which he gives to his owner. You’ll always know when he’s around since he jingles like a dozen tiny bells – unfortunately this makes him a rather bad jewellery thief.

Kobalos and his owner Catherine were involved in an extremely traumatic, and fatal horsebox accident which killed Catherines second horse and left Bally with permanent scars on his legs and a lasting fear of being in a horsebox.  Despite the trauma he is a happiest with his human.